The bees: the most numerous community of Alma Carraovejas

The plants and flowers around Ambivium and Pago de Carraovejas have had some new visitors for a few weeks now. The largest community at Alma Carraovejas is at its peak of activity these summer days. The queen, workers and drones how have six hives that are now their home.

What if we produced our own honey and offered it on the Ambivium menu? A few months ago we asked ourselves this question, and an affirmative answer is now slightly closer. Our curiosity led us to learn about insects that not only produce this sweet delicacy, but also other products such as propolis or royal jelly, while they also preserve and expand our ecosystem through pollination.

Bees are the hobby and passion of our beekeeper Fernando Antorán, who began by supplying us with honey and honeycombs for the restaurant, and who is now part of the working group that has made the installation of the six beehives possible.

As an addition to the landscape of the chosen location – known as Finca de Los Almendros – stones from Campaspero, a town near Peñafiel, have been placed next to the insect “hotels” that had previously been installed.

Bees have a complex organisation within each hive, with a series of ranks and occupations and different needs for breeding by which they produce a series. This is what we learned from Fernando during a training session that made us daydream about the hives that are part of our ecosystem. 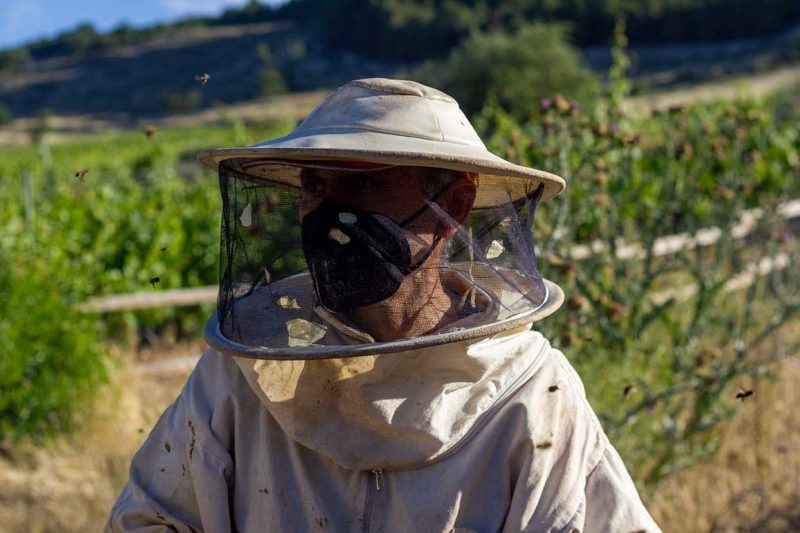 Each hive is a community of bees, consisting of a queen, workers and drones. The queen bee is the only female that can reproduce, and she also organises and motivates the workers with her pheromones. They are in charge of protecting the hive, building combs, caring for the queen, cleaning, polishing, feeding the brood, storing, collecting nectar, pollen and water, chewing the nectar and transforming it into honey through enzymes, and controlling the temperature inside the hive through ventilation with their wings. Drones fertilise the virgin queens. 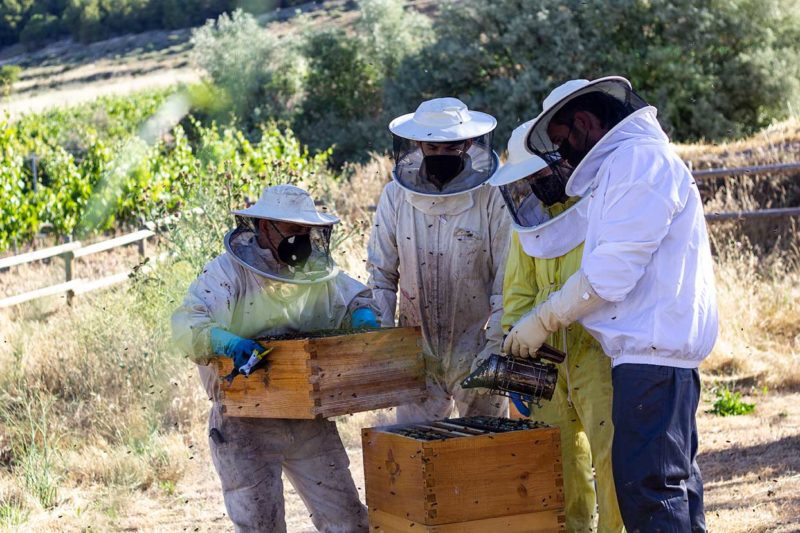 Bees are the most industrious insects on our planet and have for centuries benefited people, plants and the environment. Thanks to them, pollen travels from one flower to another, enabling the production of fruits, nuts and seeds. This makes them more varied and of better quality, thus contributing to food security and nutrition. 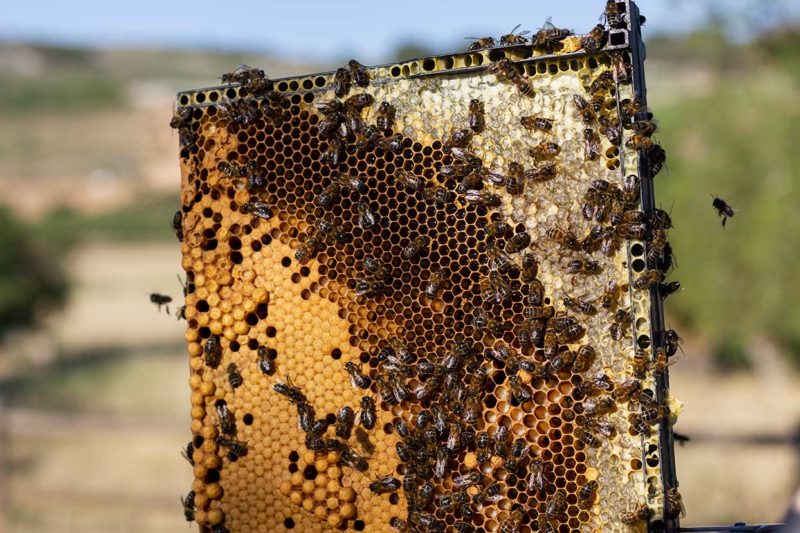 But bees are undoubtedly best known for producing a unique product, honey. In the near future the idea is that we will produce our own honey to offer on the Ambivium menu, as well as fresh pollen, propolis, honeycombs, wax or even our own mead. What if the future is getting closer and closer? We hope to be able to tell you very soon that all this has become a reality. But in the meantime we will have this great new community flying and pollinating in the vicinity. 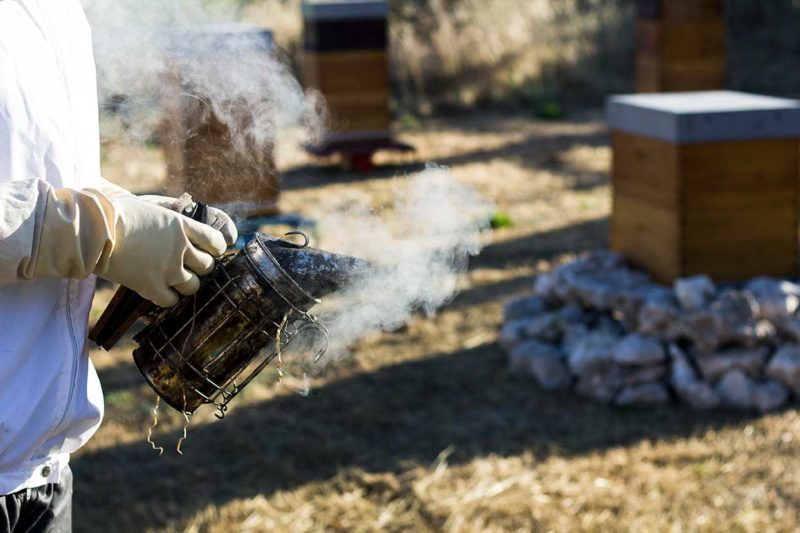 Page load link
We use our own and third-party cookies to improve our services by analyzing your browsing habits. You can accept cookies by clicking on the "Accept all" button or configure them in "Settings". You can also review our Cookies Policy at the following link: Política de Cookies
Accept